11.10.2016
This past year I've learned to play Go (also known as Baduk or Weiqi in Korean or Chinese). A very fascinating game, so simple yet so complex I've been trying to play for years but never found the courage to do so...till now! 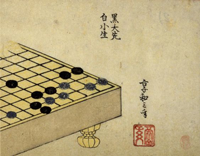 19.7.2016
Oh wow, it's been a while! Lots of stuff went down in the last 8 months. Above all Wheels of Aurelia is almost ready to be released. Another weird game by Santa Ragione I guess.

29.10.2015
Last three months went into a book project for the 50th anniversary of my family business, and I'm kinda thinking that I like print way more than I thought. Also, homage to John Baldessari. 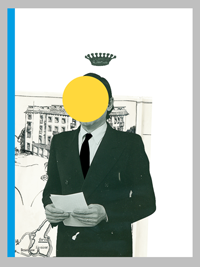 17.09.2015
I'll give a short talk tomorrow about my work in videogames and Gregory Bateson's games theories during a panel at Tocatì - Festival of Street Games, in Verona. Later!

16.06.2015
This last month I've been experimenting with twitter API to create a narrative twitBot about a lost character in search for "the sea". All text is an accurate selection of sentences extrapolated from In Patagonia by B. Chatwin.

“Whenever I find myself growing grim about the mouth; whenever it is a damp, drizzly November in my soul; whenever I find myself involuntarily pausing before coffin warehouses, and bringing up the rear of every funeral I meet; and especially whenever my hypos get such an upper hand of me, that it requires a strong moral principle to prevent me from deliberately stepping into the street, and methodically knocking people's hats off - then, I account it high time to get to sea as soon as I can.”
- Herman Melville, Moby Dick 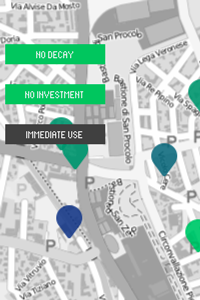 23.06.2014
Back to Fotonica mobile for iOS and Android. Been making content for it for a while now; we should be ready in just a couple of months.

30.04.2014
I've been working on a data visualization software on my spare time for AGILE, an independent association of young architects in Verona that is mapping the decay of buildings around the city area. It's almost done, I'll make sure to post a serious update on this by the end of next month!

15.01.2014
New year and I keep drawing whenever I can. I hope one day I'll be confident enough to show more stuff to you all and start working on a novel that I've been dreaming about for quite some time now. 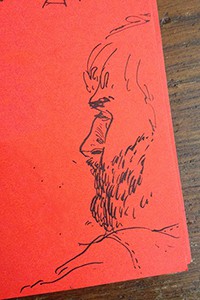 07.09.2013
MirrorMoon EP just launched for good a couple of days ago and we already have more than 4K stars renamed by players in more than 5 open Seasons. It's still hard to think that this project came to an end after so many months of work.

05.08.2013
MirrorMoon EP Beta access will begin in 2 days and we're starting to get nervous and quite scared for the release. Wish us luck, we are gonna need some!

24.06.2013
I've been working on MirrorMoon EP for a while now and the game is almost ready to launch. It's not been easy, but I hope people will like what we did. I start wondering where I'll go next. 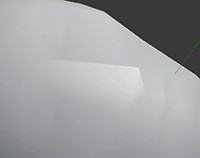 23.02.2013
Pipnis, the game I made with Pietro for the recent GameJam CREATE on Ouya console, just won the "pop your eyes out" prize!

19.01.2013
Look what I found today! "Formulary of Mathematics". This stuff was in everybody's pocket back at high school, in case you were desperately in need of the formula for the hyperbola equilatera and such!

03.01.2013
Love the work of Lebbeus Woods, OneFiveFour book has some really impressive drawings.

03.01.2013
I finally did update my website to indexhibit 2.0. I'm not the smartest guy out there regarding websites design and css/html in general (nether I'm the smartest in any other fields!) but I have to say it feels and looks good, even on retina displays!

25.12.2012
Thinking about putting some new work in this thing here, the secret machine or whatever it is! Really want it to work as planned.

08.12.2012
Found this blog about architecture: http://bldgblog.blogspot.co.uk/ I'm impressed by how much I'm missing out! I was always fascinated by architecture in general, but never took the time to read or study something about it. Maybe this is a good start.

28.11.2012
Skepticism is like a microscope whose magnification is constantly increased; the sharp image that one begins with finally dissolves, because it is not possible to see ultimate things: their existence is only to be inferred. - Peter Hogarth (S. Lem - 1968) 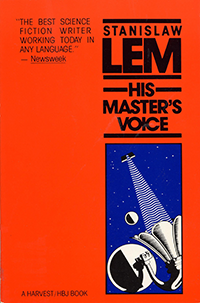 05.12.2012
Fotonica is up on Steam GreenLight trying to make it in the top 100 to be eligible for final selection, please consider giving a help and upvoting the game!

30.11.2012
I've been ill quite for some time now, right after I got back from India. Wonderful crazy country, but you don't want to drink or eat the wrong thing there. I still don't know what got me, hope I'll feel better soon. 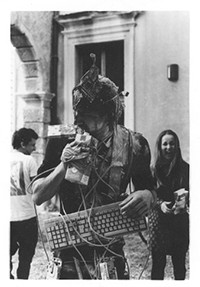